The Author and the Zouave

Le Capitaine Richard records the following 'Curious Incident' which took place the Barracks of New France (Caserne de Nouvelle-France) where the Officers of the Zouaves de la Garde had their mess. 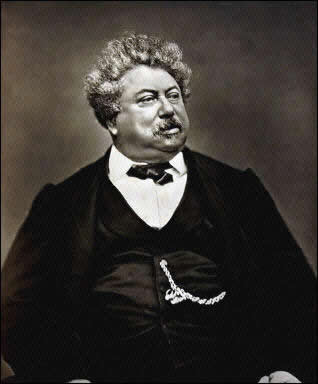 "The Capitaine Adjutant Major Petit, who conversed with Alexandre Dumas, one day whilst walking in a boulevard, invited him to dinner, with no ceremony. Dumas accepted. The Captain shortly spoke to the Colonel Lacretelle to warn of the coming of the illsutrrious novelist and  also to warn all officers. But the band was playing that evening, taking its turn of duty,  at the  dinner of the the Emperor. However, a reception without music is a wedding without violins, so the Adjutant-Major went to the Tuileries to change the tour of duty of the band of the Zouaves. But it was impossible! It is too late, musicians from other regiments were already scattered out of their barracks en route to the various theaters of the capital, where they almost invariable played in the orchestras.

Inspired by his visits to the Mess of the British Household Troops at Windsor, le Colonel Fleury introduced the British-style 'Mess' first to the Regiment des Guides, and then to the Imperial Guard. The introduction of the Mess sytem to the Imperial Guard fostered - as it did in Britain - a tight bond between the Officers and a far greater Esprit de Corps than in the Line. Officers of the Guard were also encouraged to behave as 'gentlement' and were therefore allowed to marry: something considered undesirable for an officer of the Line. The Officers of the Guard were to set an example of 'Good conduct' to the rest of the Army. The Mess system and privileges such as being allowed to marry were intended to be aspirational. In reality, the Guard cut itself off from the Line, thinking itself better, jealously guarded its privileges leading to the Line harbouring resentment toward it.

Marcel de Baillehache, who enlisted as a volunteer in the Lanciers de la Garde left a striking impression of the mess in his memoires.

"The Colonel Beville invited us to Dinner at Saint-Germaine where the Officers had the mess, situated in the Avenue de Boulingrin, in a very beautiful brick and stone house in the style of Louis XIII... one noticed a large 'N' carved in the stone above the door. ...

This Mess of the Guard was very superior , and the service left nothing to be desired. The servants were very numerable, in the most part men from the Regiment, wearing a sky blue livery with gold buttons and, on the day of a Grand Reception or a Gala, wore short white breeches, white stockings and buckled shoes.  At the time to eat, a servant would stand by the doors and the Maitre d'Hotel, dressed all in black, would advance in front of them an announce 'Le Colonel et ces messieurs a service.'"


Marcel de Baillache records the daily routine and spectacle of the Guard Mounting at the Tuileries Palace:

The differant detachments of the Infantry and Cavalry for the Service Battalions and Squadrons at the Chateau are also placed under the command of a Superior Officer of the Guard, who was senior to the Colonel, Commandant du Chateau, and usually a General Aide de Camp to the Emperor on Duty. 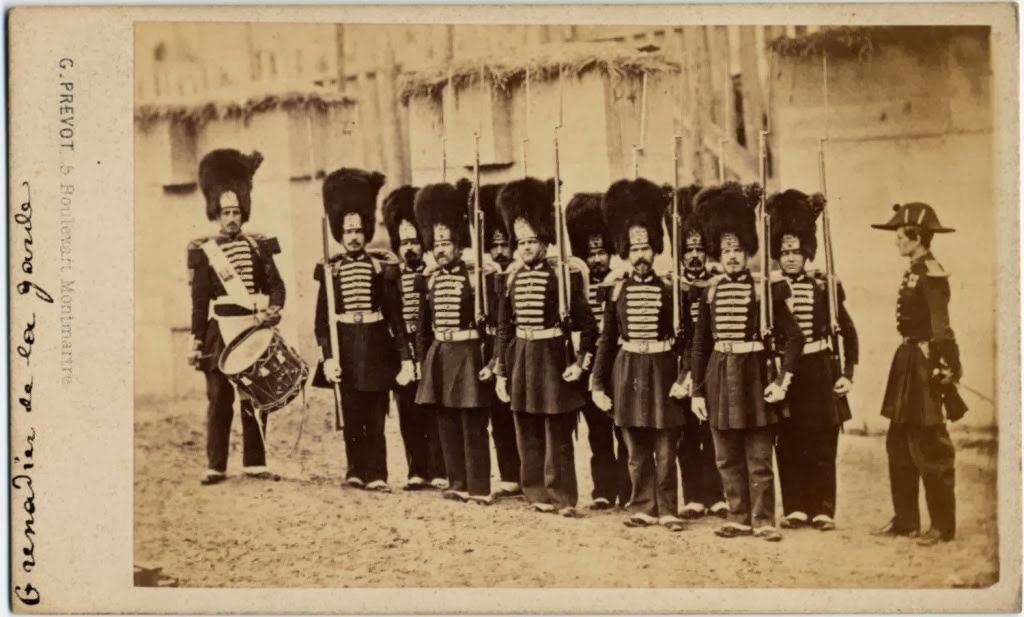 The Troops departed from their quarters for the Courtyard of the Tuileries before eleven o'clock in the morning. When the Guard was mounted at the Ecole-Militaire, there arrived one of the Ecuries  of the Emperor, situated on the Quai d'Orsay, a dozen charming small ponies mounted by grooms wearing a green livery. They formed  a rank in the Courtyard facing the band. These horses, destined for the young Prince [Imperiale] for which their training was complete, so that they were prepared for military noises of all kinds.

When this little column arrives at the Gate of the Cavalry [Grille de la Cavalerie] which leads onto the Avenue de la Motte-Pquet,  nothing was as graceful as these small horses so pretty and so montes, following the last row of music and accompanied by a gentle movement of the head one of those catchy quick-steps composed by the excellent bandmaster  of the 2e Voltigeurs, Sellenick.

The Cavalry were followed by the Infantry, directed towards the Pont Royal, which they had to cross to enter the Chateau by the small gate called L'Empereur. 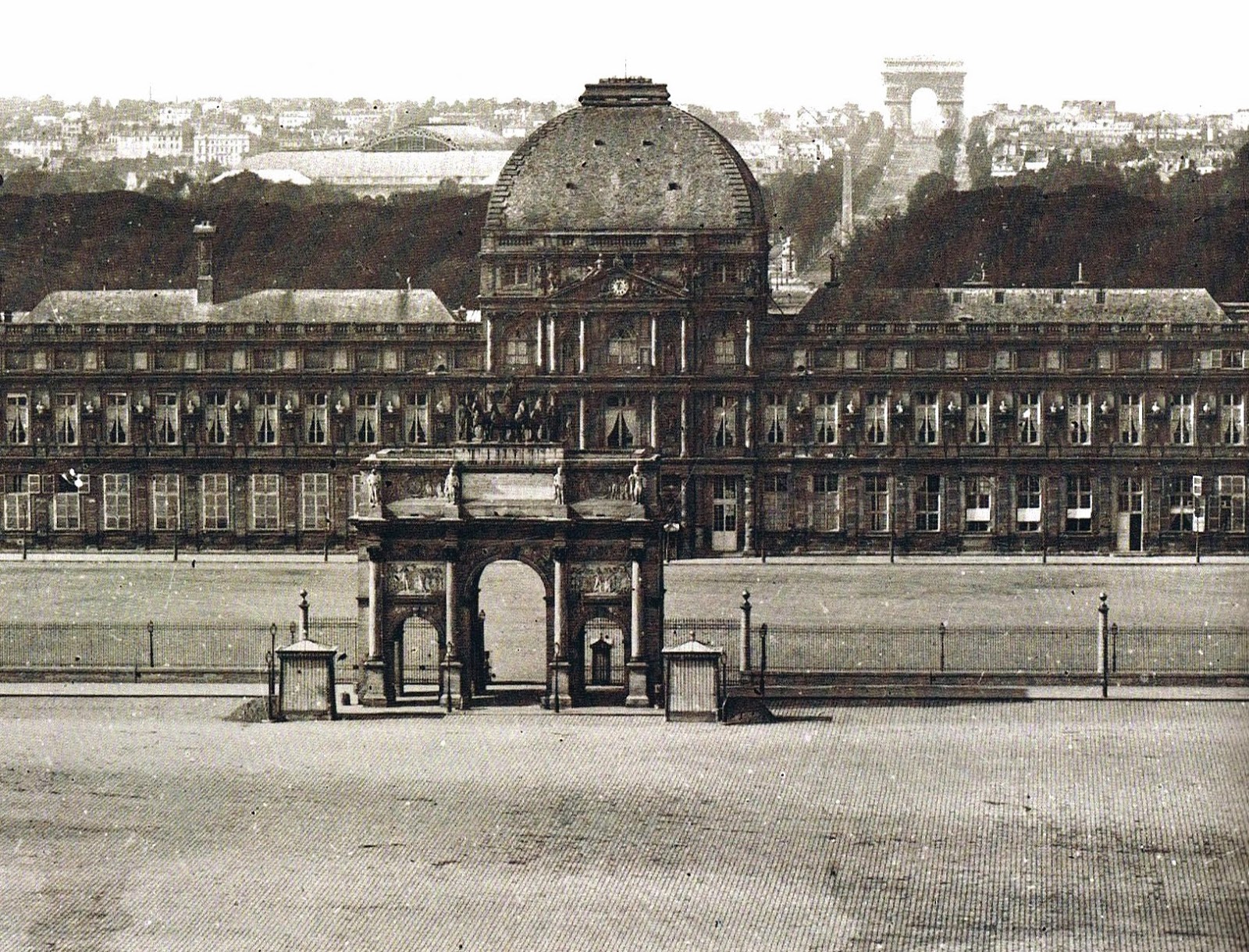 When the Sapeurs with their white aprons, often with the cross of honour and other commemorative medals attached, arrived at one of the Guard Houses by the wicket gate, the Guard shouted out "Halt! Who goes there?" And the column would stop. The Drummers and Music would stop playing. The Corporal Sapeur beats on the gate.

A Corporal and two men came out of the Sentry Houses and moved in front of the sentries and presented arms. The Corporal repeated"Who goes there?" To which was responded "France!" ; "Which Regiment?". The Corporal-Sapeur replied again "Imperial Guard, 1st Regiment of Grenadiers!" The Corporal on Sentry answered "Go as you please." 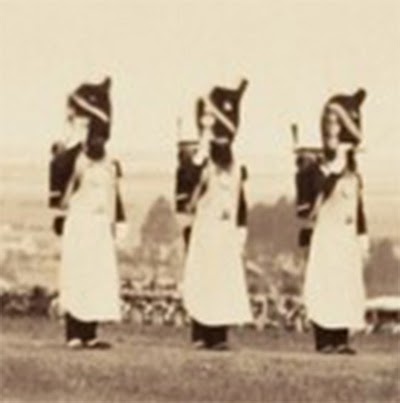 The troops resume their march; the drums begin to beat ; the trumpets bray, fifes and music play; the troops file into the Courtyard procded by their superb Tambour-Major... The troops form En Bataille  in face of the Chateau, the Cavalry on the left of the Infantry.

As eleven o'clock is rung from the clock in the ancient Clock Tower [Pavillon d'Horloge], the drums beat Aux Champs, and the Officer of the Guard enters from the Tower, ordering the troops to Present Arms. The sentries at the Pavillion repeat these movements. The Eagle is carried forward, its silk is nearly entirely black, and torn by Russian and Austrian bullets. The drummers sound Au Drapeau...

The Eagle is placed in the centre of the Line, and the Colonel commanding the Chateau  and the General Commanding the Guard passes through the ranks on inspection.

The Guard then marches past and after this last movement, is detailed off to provide the Sentries who occupy the differant posts of the Chateau. The Eagle of the Regiment is furnishsed with a Guard and is laid upon two fascines of muskets facing the Guard House which is opposite the Pavillon d'Horloge. 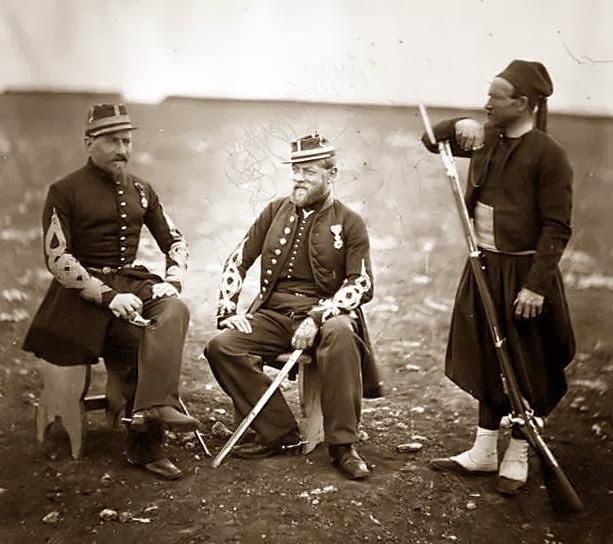 The French army of the Nineteenth Century is generally considered to have been egalitarian/meritocratic in nature. Indeed, the motto of the French Republic is "Liberte; Egalite; Fraternite". But even after 1789 the French officer class was as class-ridden as ever. 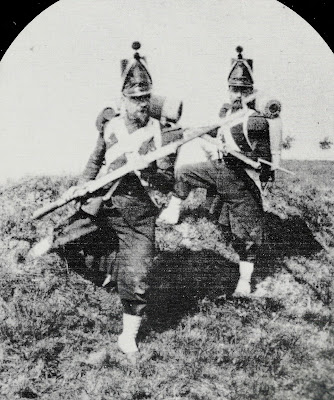 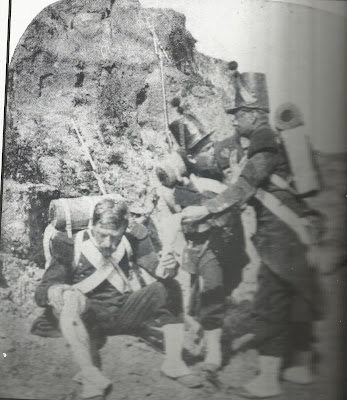 "Tending to the wounded" 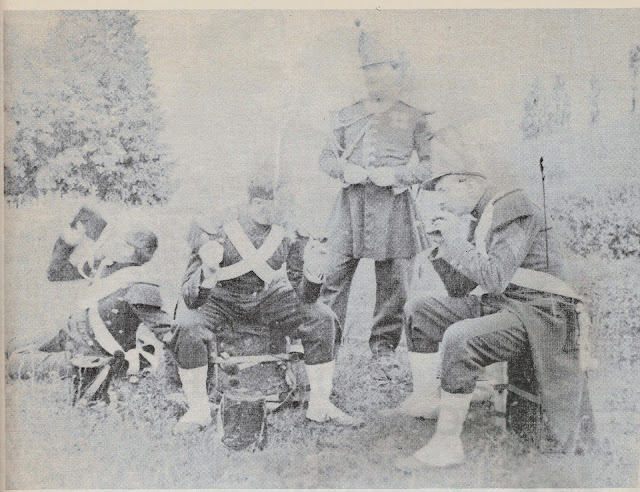 "At  rest" (the Officer appears to be wearing a Line officer's Tunique but with the aiguilette of the Guard; he also has an epee).

Posted by AnthonyD at 10:14 No comments:

More on the Voltigeurs from Capitaine Richard

"In the night of 21 to 22 May, the Russians had erected a very important gabionade 60 metres from the wall of the cemetery, in front of our Attacks on the Left. General Pelissier, who was by then Commander in Chief of the Army of the East, was resolved to capture these works to get rid of this dangerous work.
Three columns of attack were organised for this operation. The Right-hand Column under the orders of General de La Motterouge was formed from the elite companies of the 1st Regiment of the Foreign Legion, supported by battalions of the 28th and 18th Regiments of the Line. They had, for the reserve, the greater part of the 1st Regiment of the Voltigeurs of the Guard. This column debouched on the south-east corner of the cemetery to attack the Russians lodged on the slope of the ridge which dominated everything from the north. 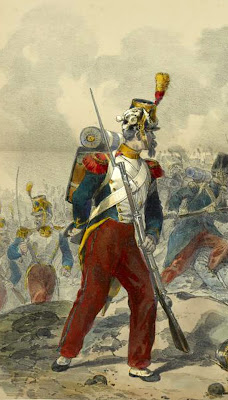 "Voltigeurs of the Garde... earned for themselves a name worthy to be classed with the Old Garde of Napoleon I"

General Canrobert was replaced as French General-in-Chief by General Pelissier on 19th May 1855, and he brought with him a new energy to the French army. Whilst the ordinary French soldier believed Canrobert had been the right man at the right time during the winter of 1854-1855 (Pelissier was known not to care what the causality list was so long as the job got done), the morale of the French army had plummeted in spring 1855 when the campaign season had not opened with a grand attack. Despite this, Canrobert remained highly popular with the troops, so much so that in Summer 1855 Pelissier packed him off back to France following the disaster of 18th June the blame for which most French soldiers put on Pelissier claiming that Canrobert would never have ordered such an attack.

The 1st Expeditionary Brigade of the Imperial Guard landed in the Crimea between January and April 1855; the final elements sailed from Marseilles on 23rd March, landing at Kamiesch 19th May, via the Camp de Maslak, near Constantinople. 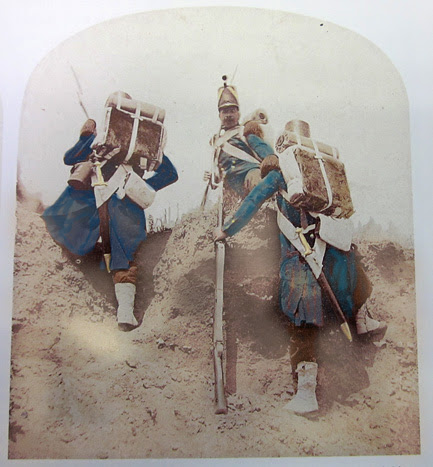 The Russians had constructed two redoubts and rifle pits on the French left, controlling the approaches to the Bastion du Mat (Flagstaff Bastion) and Bastion Central (Central Bastion), causing the French approaches to Sebastopol to stall. As one anonymous Officer of the Voltigeurs wrote: The dominant position of the place d’armes would soon [be] completely neutralised, and we would be able to put [in] good order, all our work leading to siege on the left. It was necessary to remove it at any price.

A soldier's life is terrible hard... 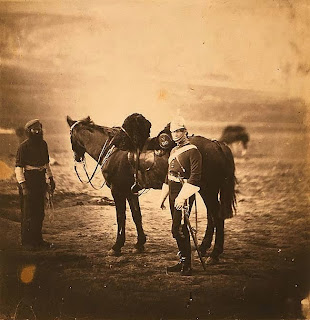 Rudyard Kipling famously quipped " A Soldier's life is terrible hard" - especially so for a Cavalry Trooper. Not only had to look after himself and his own equipment, but his horse and horse tack were his number one priority: only after his loyal mount had been fed, watered and cared for could he attend to his own feeding and watering. Presented here is the daily routine for the Royal North British Dragoons, c.1830