Zouaves on campaign in Italy, 1859 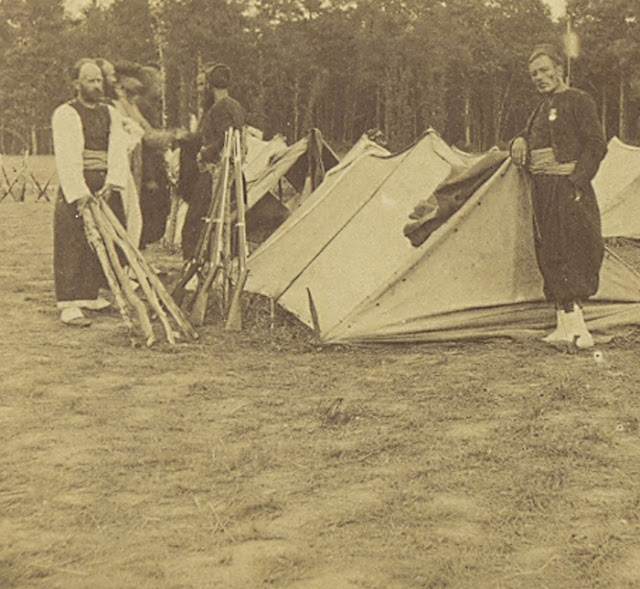 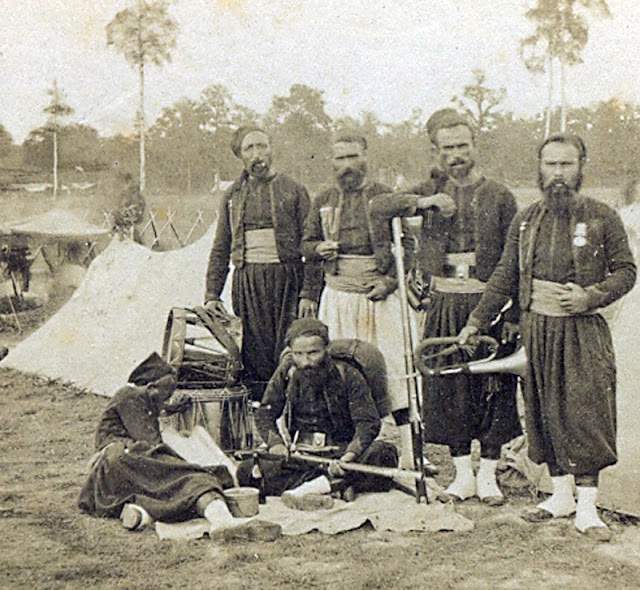 Buglers and Drummers of Zouaves; the Bugler on the right is wearing the British Crimean Medal with two (possibly three?) clasps. Interestingly despite Zouaves of the Line having, in theory, a belt which fastened with a buckle, two of these Zouaves are wearing belts with plates bearing flaming grenades - a feature of the Imperial Guard. 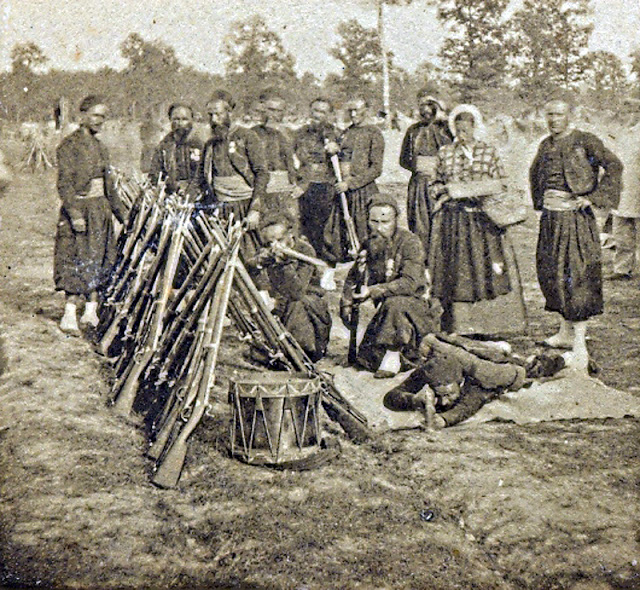 Zouaves with piled arms; at least four of them are wearing the British Crimean Medal. Also note the Cantiniere wearing a very loud checked shirt. 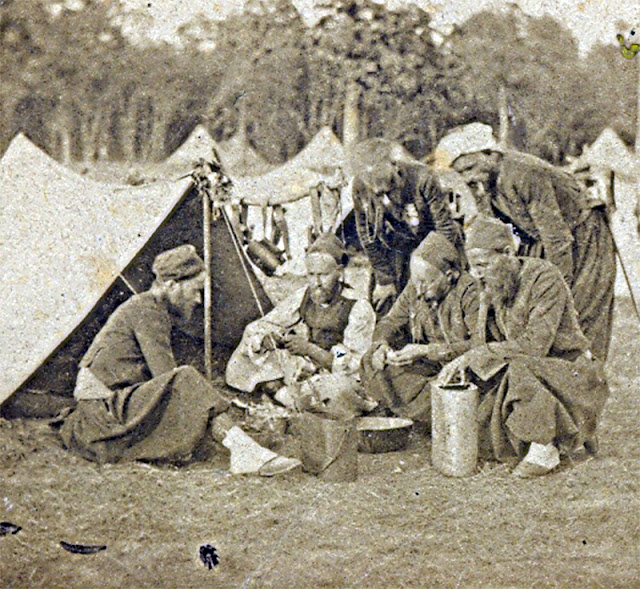 A File of Zouaves cooking their evening meal. Colonel, later General, Cler of the 2eme Zouaves wrote that :
"…Habitually each individual has usually his allotted functions, being those for which he has a special aptitude; one looks after the wood and the fire, another the water and the cooking, making the coffee, a third pitches the tents and so on."
J. J. G. Cler, Souvenirs d’un Officer du 2eme de Zouaves (Paris: Michel Lévy et Frères, 1859), p. 7
Posted by AnthonyD at 08:17 4 comments: 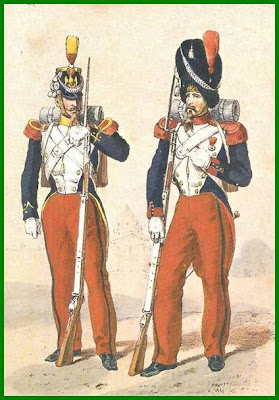 On 1st May 1854 the Emperor Napoleon III re-established the Imperial Guard.

The Imperial Guard was destined to have several functions:

Draw the army closer to the new Empire.
Reward meritorious Officers and Other Ranks
Act as a training school
Be the finale battle-field reserve (although the Guard was more often used as shock/storm troopers leading attacks).

Article 7 of the formation decree stated that the Guard was to recruit from active soldiers (soldats en activite) who were in the last year of their conscription and had good conduct and were willing to renew their conscription ( rengagement);NCOs would lose their rank (galons) unless they had the Legion d'Honneur or the Medaille Militaire.

Recruits had to be aged under 35 but soldiers over 35 could volunteer to join the Guard for a period of three years - for which they had to pay!

There was no minimum  height for Voltigeurs or Chasseurs or the Bandsmen (Musiciens).

However, there was some difficulty in getting men tall enough! There was considerable shuffling about of men of the requisite height to form the new Regiments, so that a tall Artilleryman might find himself  a Cruiassier (for example) and the Cuirassiers and Carabiniers actually furnished 20 men each for the Grenadiers a Pied who met the minimum height.

By  the Imperial Decree of 20 December 1855 the Imperial Guard was massively expanded from a mixed Division to a self-contained Amry Corps. It was now to consist of

Not Brigaded
1 Regiment of Gendarmes a Pied
1 Squadron Gendarmes d'Elite.

In 1857 the minimum height and service requirements for the Guard were altered. The Imperial Decree of 17th June stated that potential recruits for the Guard had to have served for four years and have at least two years of good conduct.

Drummers, Trumpeters, Buglers, Bandsmen were all exempt from the minimum height requirement, as were volunteers to the Guard. Volunteers were either soldiers over 35 who wanted to enlist, and were willing to do so for a period of 3 years minimum (with no exception) and were of good military character and morals. Civilians volunteers could also enlist, so long as they were from a good family, had a military virtue and could pay for the privilege!

NCOs who wished to be admitted into the Guard had to have spent at least one year in their rank and meet the minimum height requirement; the only NCO not to have to meet that requirement was the Sergent Instructeur de Tir. 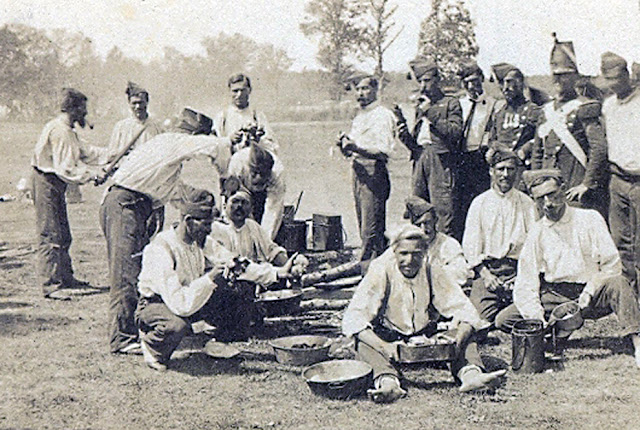 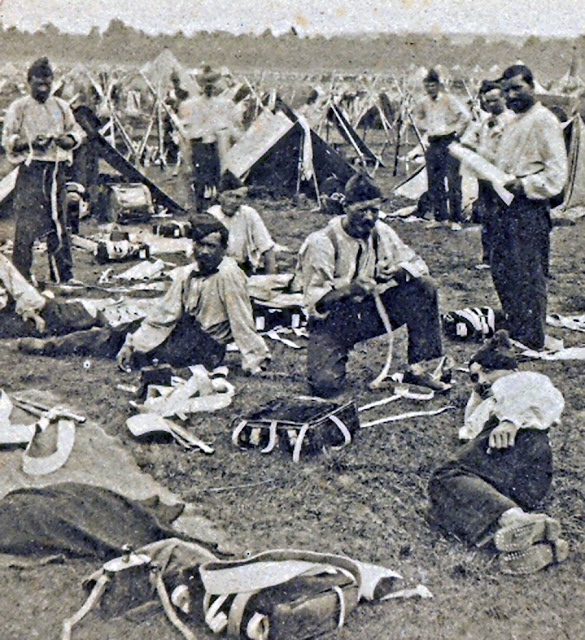 Grenadiers of the Guard off-duty, cleaning their kit. 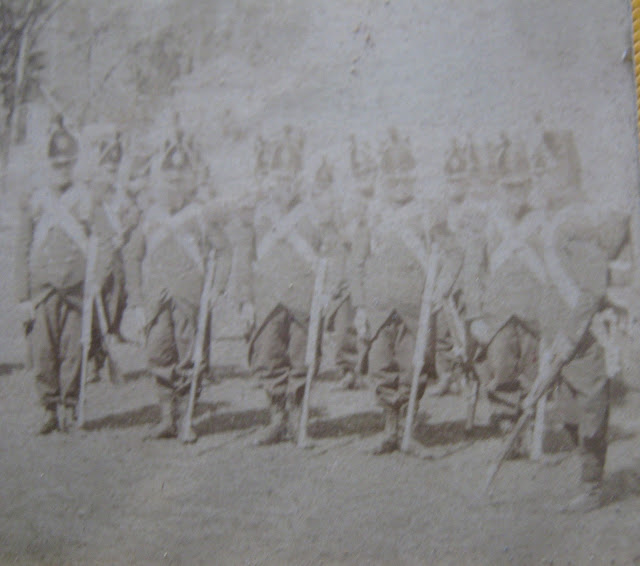 Voltigeurs of the Guard at the official drill position "Sur la bras gauche, assurez vos armes" (the drill used in wet weather to stop water getting down the barrel). 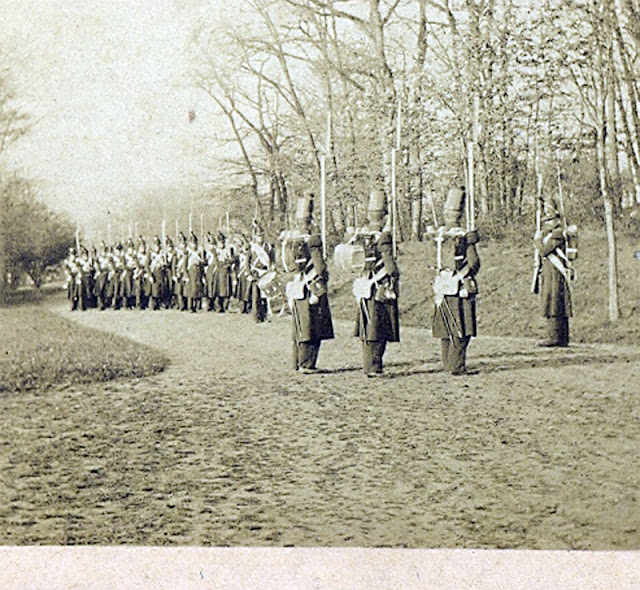 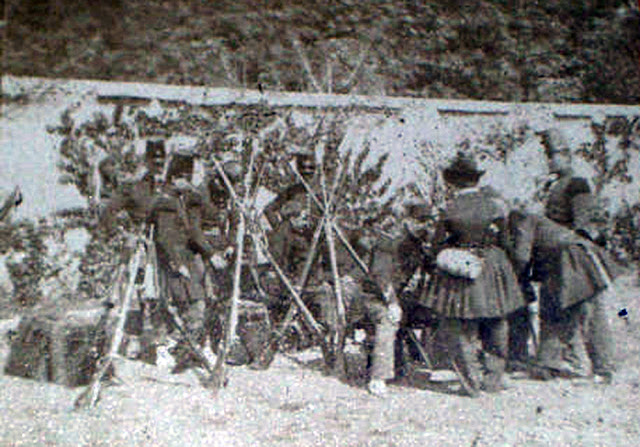 Chasseurs of the Guard with their Cantiniere.
Posted by AnthonyD at 04:37 No comments: