Cantinieres were a unique and beneficial feature of the French Army from 1657 to 1898. The French Second Empire - 1852-1870 - has been frequently described as their "Golden Age" as it was in this period they received their glamorous uniforms, were popularised in story and song and in commercial prints the rather sacharine "Image d'Epinal."

Letters home from the Crimea

Wakefield Voices from the Crimean War now available from Lulu!

The private letters and personal experiences of Wakefield men serving in the Siege of Sebastopol. This book collects letters sent home from the Crimean War by soldiers and sailors from the West Yorkshire town (now city) of Wakefield, which were published in the local newspapers. Through these letters these men reveal their personal experiences and thoughts about the war, as well as their allies, their enemies, and their generals.
Posted by AnthonyD at 11:55 No comments:

French Logistics in the Crimean War 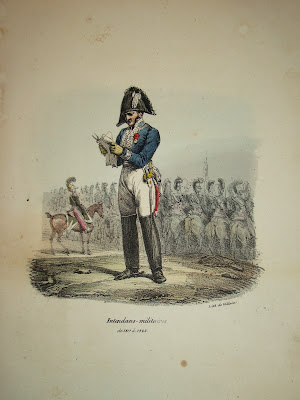 The logistics of the French army in the Crimea were the responsibility of the Corps d'Intendants Militaire, an organisation created in 1817 by Marshal St Cyr. It was formed from the fusion of the Commissaires du Guerre (War Commissaries) and the Inspecteurs Aux Revue (Review Inspectors) - the former were responsbile for procurement and supply, the latter for quality control and superintending the internal administration of every regiment in the army. Thus, from the outset, the Intendance Militaire suffered from a split-personality: responsible for procuring supplies and also checking their quality.

Continuing the theme of French Artillery,  here are some photographs in my personal collection of French artillery officers c.1860. These photographs are copyright Anthony Leslie Dawson. Please do not copy or use without permission. 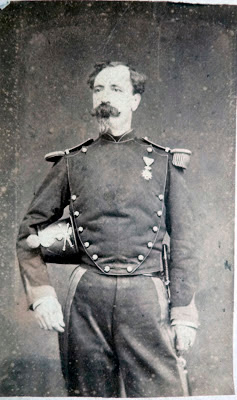 An anonymous Chef d'Escadron decorated with the Legion d'Honneur.

French Artillery in the Crimean War 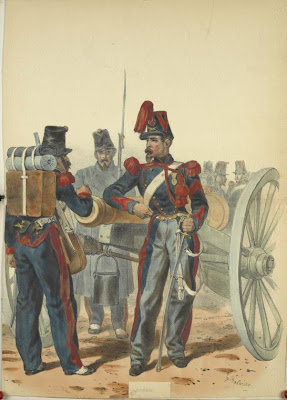 They were armed with the revolutionary 12-cm calibre shell-gun or Canon-Obusier (literally, Gun-Howitzer) designed by Louis-Napoleon which could fire explosive shells, solid round shot and case shot (Mitraille).

Photographs of Chasseurs a Pied, c.1860 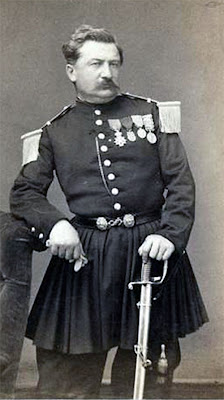 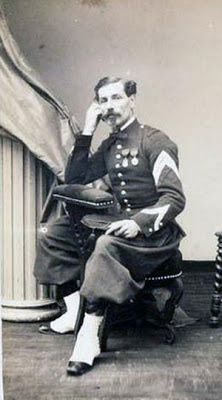 A relaxed-looking Sergent in walking-out dress, with his Bonnet de Police a Souffle on his knee. 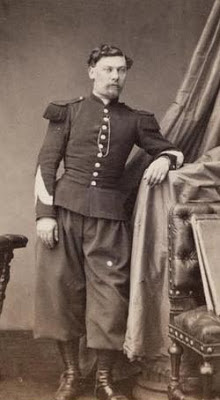 A Corporal in undress, wearing his leather gaiters. 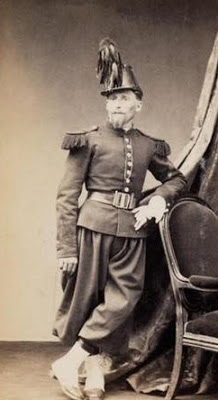 A member of a battalion's Fanfare - from 1855 each batalion of Chasseurs was allowed a "Fanfare", equipped with instruments a la Saxe.

Posted by AnthonyD at 12:55 No comments:

The Changing faces of Louis Barnet

Presented here are photographs of Capitaine Louis Barnet (1820-1898), of the 40eme de Ligne during the Second Empire.He is a typical example of an officer who worked his way slowly, but surely up the ranks.

Louis Barnet was born in Paris, 19th June 1820 and died 31st October 1898 at his home, 50 Avenue de Wagram, Nueilly-sur-Seine int he department of the Seine. 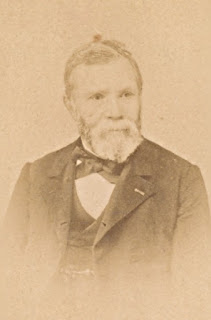 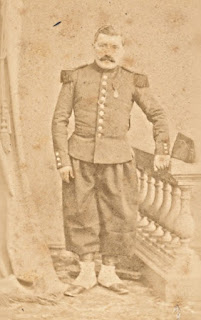 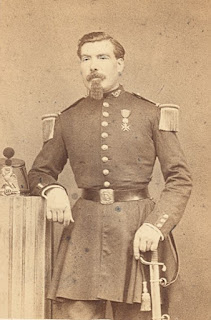 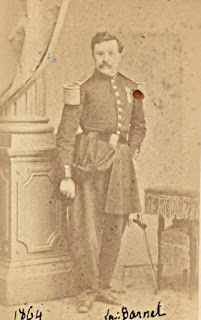 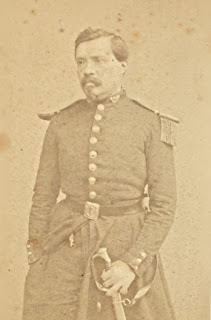 Lieutenant of Voltigeurs (promoted 1854) photographed here in 1862. He had been promoted Sous-Lieutenant from Sergent-Major in the 40eme 30th September 1850 aged 30.